Behind the label: The General Shiraz

By Ben Rimerici
over 3 years ago
4 min read

Much more goes into creating a bottle of wine than fermented grape juice. An aspect of wine that’s often overlooked is the packaging design process. But how do you make your wine stand out? How do you tell the drinker, in seconds, who you are, who the wine is, and that this is something they’re going to love? We caught up with our resident designer Aron Clarke (Az to his mates!) about how he approached the packaging for our new shiraz collaboration with Hentley Farm, The General.

But first, we wanted to know a bit more about who Az was and his design journey.

"Well, I’ve been pretending to be a designer for a long time now. I often wear black and I've got glasses, so that helps," jokes Aron. 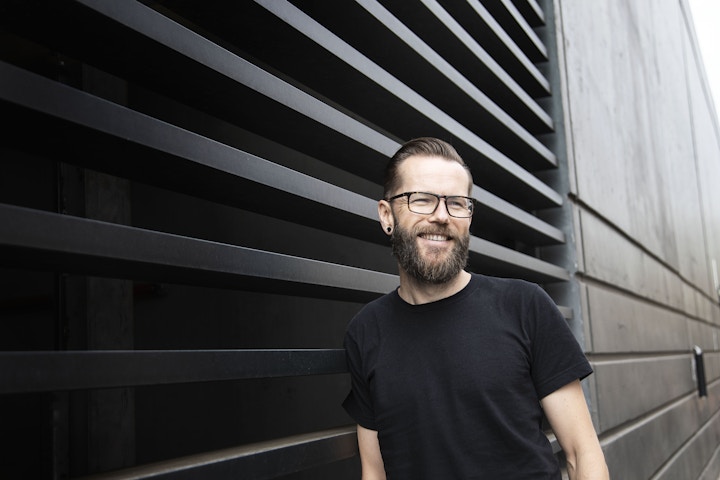 "Truth be told, I’ve been working professionally in design for 20 years," he says with a bit more of his serious face on. "I started imitating my pre-school hero, Mr Squiggle, very early on. Mr Squiggle would use his nose to draw over some basic shapes on a page and turn them into a complicated mess. Then he’d turn the paper upside down to reveal a legible picture. As a kid this blew my mind. Still does, really!

"After tracing all my favourite comic books – The Adventures of Asterix, The Adventures of Tintin, and Calvin and Hobbes – I told my parents that if I wasn’t going to make it as a basketball player then I’d be an artist."

So without a backup plan, Aron went to design school, then took an apprenticeship designing toy packaging. He designed t-shirts and other apparel for many years before getting back into more traditional design, which now includes things like wine labels.

And six years since bursting on the scene in 2012 as the big brother to another of Vinomofo's Collaboration Series of wines, Art of War, The General was ready for a fresh look to go with the new maker, Hentley Farm.

To Aron, there was a clear direction: move away from the ‘War’ in Art of War, and back to the 'Art' – the craftsmanship. So he set about exploring different concepts for The General through mood boards. There was a clear winner, and that concept was one that Aron had nicknamed 'Bold'. They key for this label was a representation of 'art as life'. It drew on all of his years of experience, with poster design styling at the fore. 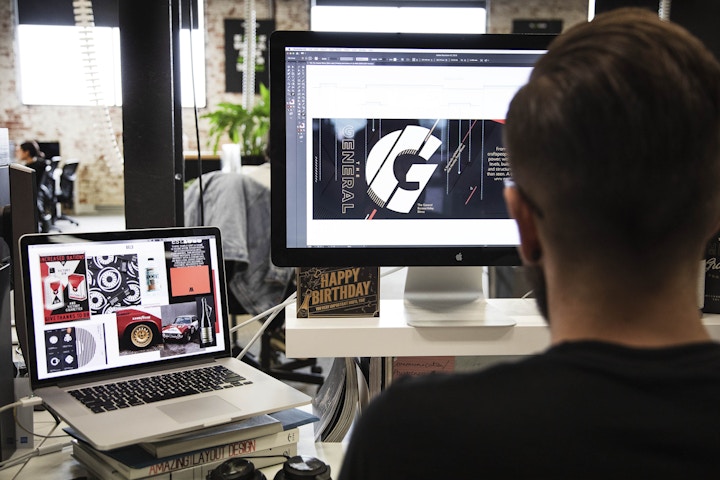 "It was immediately clear that this label needed to reflect not only the boldness of this shiraz, but also the craftsmanship Hentley Farm bring to their wines. As a former art student, I couldn’t think of anything more appropriate than the design principles of the late Bauhaus movement. Bauhaus was a German art school operational from 1919-1933, that went against the trend and taught design principals spanning art, architecture, graphic design, interior design and typography. Commonly referred to as the International Style, or Modern Design, Bauhaus went on to influence many designers the world over. It’s possible that without Bauhaus design we wouldn’t have Ikea."

Aron's challenge from that start was to be as true to the Bauhaus design principles as possible while still producing a label that found appeal for mofos who love this style of big, bold shiraz.

"Be sure to run your hands over the surface of the label to reveal the different levels that represent the dynamism and structure of this beautiful Barossa shiraz."

He should know, too. There were a few cleanskins drunk for 'inspiration' in the leadup to the label being completed. When asked what he'd drink this wine with, though, he feigned ignorance.

"Uhmmmm… maybe best to ask the wine team – haha! I’ll just drink it whenever I get the chance. Obviously steak wouldn’t go begging."

Steak certainly wouldn't; you needn't either. The General is only available here, and it's a very limited run. 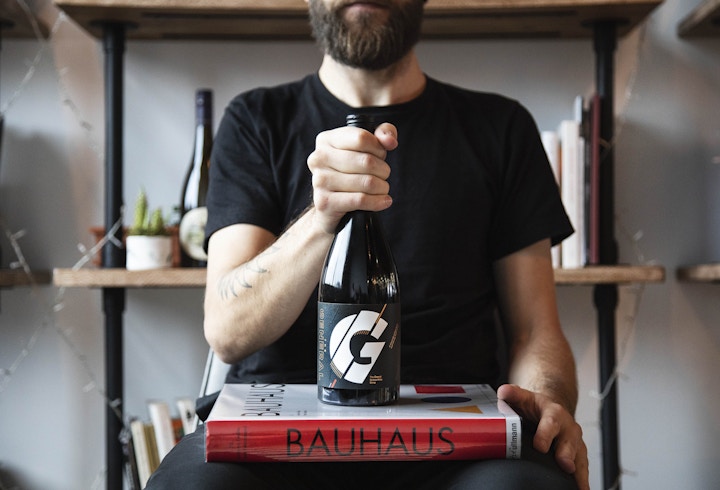