By Vinomofo
7 months ago
6 min read

Fatherhood can transform even the staunchest bloke into a dag of epic proportions – armed with an arsenal of bad jokes, always ready with a lesson or a lecture. And do we love them for it.

So this Father’s Day, save the poor guy from acting excited about yet another pair of socks and gift him a good feed and an even better bottle of wine.

For inspiration, we asked some proud dads and sons to share the dish that gives them all the feels come Father’s Day, and the wines to pair with it. Dig in, dads. 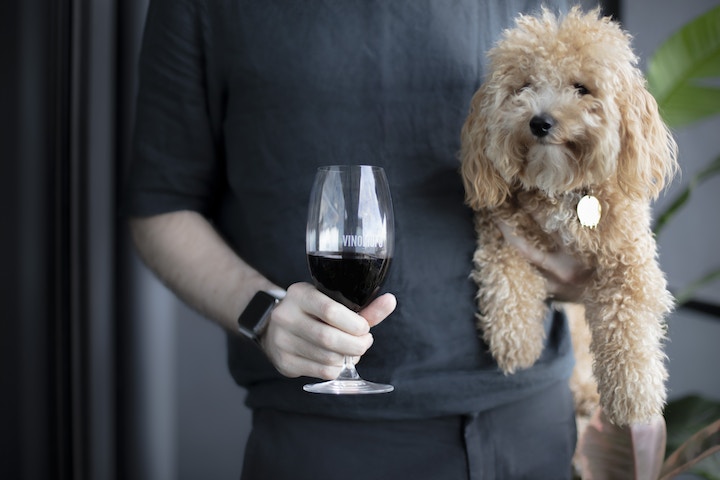 Since Alfredo and Katrina Pizzini planted their first vines in 1978, their King Valley winery has become one of Victoria’s top places to quaff prosecco in the sun. All four Pizzini kids now work in the family biz, with Joel Pizzini as winemaker. Although Katrina is the boss behind A tavola! Cooking School, Joel tells us ‘Fred’ is a mighty good cook himself, and found in the kitchen more than his wife these days. It’s an Italian-inspired seafood staple that represents Fred to his fam.

Joel’s Father’s Day dish: “A dish which I always associate with Dad is his take on calamari fritti, it’s a fusion of Italian and Asian flavours … The calamari tubes are sliced thinly and then coated in a flour, salt and spice mix… The spices include a touch of ground fennel and chilli, Sichuan pepper and plenty of flaky salt… The excess flour is shaken off and then the rings are placed in hot veggie oil to cook (they take about 60 seconds)… Take the rings out with a slotted spoon, drain, then put them in a nice serving bowl for the table – add extra salt if needed.”

Why it tugs the heart strings: “It takes me back to summers as a kid. This is the dish Dad still cooks for Christmas celebrations and family gatherings … We never get sick of it and now with the grandkids we have to make sure there is always extra so that everyone gets their fill before it all disappears! This dish signifies the getting together of our family, and sometimes it isn’t the taste of the dish but the activity involved in preparing it that is the most memorable.”

What to drink it with: Joel’s preferred pour with this is a riesling, something the Pizzini family do damn well, if you ask us.

Joel’s top dad joke: Why did the skeleton go to the barbecue? To get another rib. 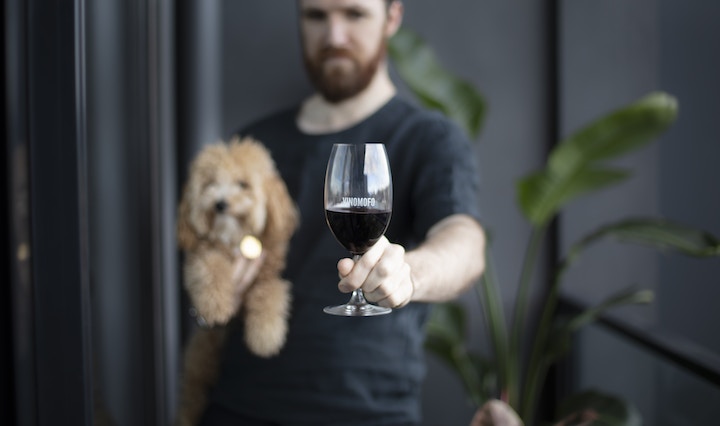 Whenever your latest Vinomofo buy lands on your doorstep, you can send a little mental thanks to Mofo Wine Buyer Ben Goodman. Not only does Ben have a sixth sense for sniffing out the best wines from the best producers, he’s also a dad to a five-year-old with downright sophisticated tastes.

Ben’s Father’s Day dish: “Roasted salmon and green beans in pesto (incredible that this is my five-year-old's favourite food). It’s super simple. Put a large handful of trimmed green beans into a baking dish, drizzle them with olive oil. Lay salmon fillets on top and coat them generously with pesto sauce. Cover the dish and bake at 175C for 45 minutes or so.”

Why it’s special: “It's the meal my son always asks for and since it's so quick and easy to prepare, I'm more than happy to oblige. My son always tries to guess whether my partner or I made the dish based on how it tastes. He has no idea but is always confident in his answer.”

What to drink it with: Ben likes a chardonnay with this dish, and when it comes to Australian chardonnay you can’t get much better than Leeuwin Art Series (believe us, Ben knows his stuff).

Ben’s best dad joke: Did you hear about the guy with one leg who worked in a brewery? He was in charge of the hops.

Matt Wilkinson, chef and “father to the hooligans”

Between establishing Melbourne’s sorely missed Pope Joan, pioneering Four Pillars’ Made from Gin range, scribing three best-selling cookbooks and keeping the north supplied in pastry with The Pie Shop, you’d think Matt Wilkinson had enough on his plate. But the Yorkshire-born foodie is kept busiest by sons Finn and Jay. When it comes to his own father, it’s an old-school pub classic Matt remembers – intriguingly described as “meat on meat and one of them with a little heat”.

Matt’s Father’s Day dish: “Everytime I see chilli con carne it reminds me of my dad. I grew up in a pub and every Saturday from the kitchen he’d order a sirloin steak cooked blue, topped with chilli con carne with a classic English pub salad on the side – you know the one; lettuce cup filled with grated carrot, slices of cucumber and radish, wedges of tomato, raw onion topped with mustard cress served with the delightful Heinz Salad Cream.”

Why it tugs the heart strings: “It was just really happy times for me and reminds me of where I came from.”

What to drink it with: Matt would pair this serious feed with a “cheeky shiraz blend”, like one of his favourite wines from the Barossa, Torbreck The Struie 2018, or Canberra’s mighty Clonakilla Shiraz Viognier 2018.

Matt’s top dad joke: Why was the strawberry crying? Because its mum and dad were in a jam. 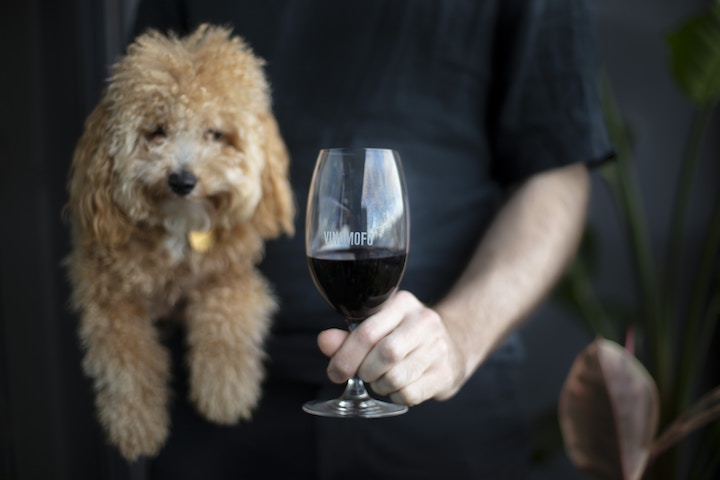 One of Australia’s First Families of Wine (if Australia has wine royalty, it’s this mob), there’s been a Barry making downright fine drops in the Clare Valley for three generations. Jim Barry made the world sit up and notice his South Australian wine region, before handing the reigns to Peter and Sue Barry in 1985, who in turn are being followed by Sam, Tom and Olivia. A dad in his own right, Sam Barry shares the comforting dish that spells family to him.

What to drink it with: Want to pay dad back for all the lifts, ad-hoc handyman work and small ‘loans’? This is the wine to do it with. The Barry family show what they’re made of with the heavy hitting The Armagh Shiraz 2018 . The best part; it loves lamb.

Show dad your love with the best wines online.