By Nikki Michaels
over 3 years ago
6 min read

If you've never been to Washington State and only ever seen it depicted in, let's say, Twilight, then you’d be forgiven for thinking it's a sea of fog, gloom, and wet pretty much all the time. But surprise! Washington's Columbia Valley is cabernet sauvignon central, and actually sees more sun than Napa Valley. It would take far longer than a weekend to thoroughly explore, so here we’ll focus on – arguably – its three most famous subregions: Walla Walla Valley, Horse Heaven Hills, and Yakima Valley.

Fly into Seattle, then rent a car and drive to Walla Walla Valley. It’s a roadtrip of just over four hours, but the scenery is so spectacular that we're willing to bet you won't notice the time.

Mexican-inspired classics like huevos rancheros and chilaquiles play nicely alongside Cajun dishes like shrimp and grits, sweet classics like Nutella-and-banana-stuffed French toast, and traditional omelettes at Bacon & Eggs, one of the top breakfast nooks in Walla Walla Valley. Down some coffee and grub, and prepare to head out for your wine tastings.

The sub-AVA that shares a bit of its space with Oregon, Walla Walla has made its international reputation on the back of Bordeaux varietals. Intensely sunny and dry, it's just slightly cooler than the rest of Columbia Valley, which means it produces cabernet sauvignon, merlot, and syrah that might just strike the perfect balance between the traditionally fruit-forward New World and the more understated, earthy Old World.

Because of the warmer climate, Walla Walla and every other AVA in Columbia Valley are primarily known for their red vino, but white varietals do make cheeky appearances — mainly in the form of chardonnay and aromatic grapes that do well in hotter spots (read: gewürztraminer, viognier, pinot gris, marsanne, roussanne, etc.).

Walla Walla’s also fairly conveniently laid out when it comes to wine tastings, with many of its tasting rooms and cellar doors clustered within walking distance of each other and near the downtown area, where culinary curiosities abound.

We recommend making Gramercy Cellars your first stop. Located at the very western edge of what Walla Walla Valley calls the Westside, Gramercy specialises in Rhône and Bordeaux varietals and blends, of which a particular standout is the 2016 Lower East Syrah (you can snag it from the 'fo if you’d like to do a little light research – which you should). They’re open by appointment Tues-Fri, and 11am to 5pm on Saturdays. 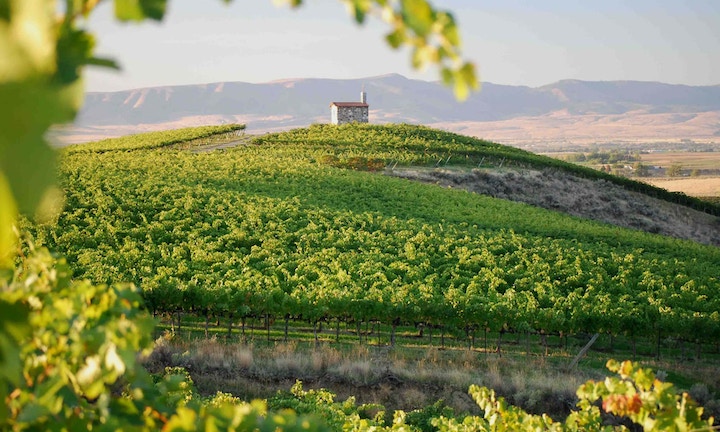 The gross vistas of Gramercy

Post-Gramercy, walk just west to Downtown, where we suggest you visit these three spots:

Seven Hills: Open daily from 10am-5pm. This incredibly highly rated winery specialises in Bordeaux varietals, and you can even try some of Walla Walla Valley's more sparsely produced wines such as carménère and petit verdot.

Dama: This female-owned winery pairs striking labels with the usual suspects — stellar Bordeaux varietals — and some outliers including tempranillo. They're open every day, but hours vary, so make sure to check the website before you pop in.

If you get peckish at any point throughout the day, do yourself a favour and stop by local hangout Graze for gourmet sandwiches and paninis.

If you’re still fiending for some more wine tastings after the ones we’ve outlined, meander around and nip in anywhere that takes your fancy. You'll be hard-pressed to find a tasting room that doesn't excellently showcase everything Walla Walla has to offer.

As for dinner? La Cocina de la Abuela (aka Grandma’s Kitchen) is known for its authentic Mexican fare, Passatempo Taverna will satisfy your house-made pasta cravings, and Saffron's the spot for fresh Mediterranean dishes. Reservations for the latter two are essential.

Post-bread feast, hop in the car and head to your next destination: Horse Heaven Hills, home to some of Washington's oldest cabernet sauvignon vines, as well as world-class chardonnay, merlot, and syrah.

Like most of the rest of Columbia Valley, Horse Heaven Hills is dry, hot, and windy — but thanks to the moderating influence of the Columbia River, the wines here are nicely balanced: not overly fruit-forward, but also not gum-numbingly acidic.

It's roughly a two-hour drive from Walla Walla Valley to Horse Heaven, so you'll be more than ready for your first wine tasting of the day once you get there.

Critically acclaimed Columbia Crest is open daily from 10am-5pm, and you can sample their impressive range of varietals from cabernet franc and merlot to chenin blanc, grenache blanc (!) and riesling.

We're betting you'll be hungry after your road trip and wine sipping, so try the Horse Heaven Saloon for lunch. It’s very Wild Wild West, and you can get a sense of other local wineries from their wine list — or if you're after something different, order a beer from the onsite Horse Heaven Hills Brewery.

Quick tip: if you can find the In Sheep’s Clothing Cabernet Sauvignon, order it stat. Made by famed Oregon winemaker André Hueston Mack from fruit grown in Columbia Valley’s Wahluke Slope and Red Mountain (which is adjacent to Horse Heaven Hills), it’s dark, intense, and seriously smooth. Good news, though — if you can’t find it anywhere local, we’ve got it at the 'fo. 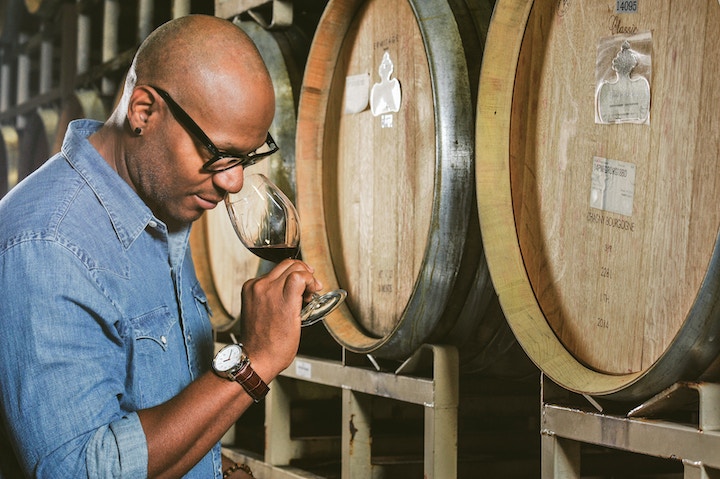 After lunch, it's time to check out Yakima Valley, which is just over an hour's drive from Horse Heaven. The coolest sub-AVA of Columbia Valley, Yakima specialises in chardonnay above all else, with excellent offerings in the form of Bordeaux blends, syrah, riesling, and merlot rounding out the portfolio.

Here’s where to go once you’ve arrived:

When dinnertime starts to beckon, roll up to Cowiche Canyon Kitchen & Icehouse for craft cocktails and modern fare, or wrap up your weekend in casual and classic American fashion with burgers and milkshakes at Miner’s Drive-In.

Us too. If it's in a literary sense, read more American road trip inspiration here. For more literal thirst-quenchers, shop our US wines here.