Justin Dry on the power of a gift

Imagine the last time you were given something that sparked the memory of a meaningful shared moment, and a warm feeling for the thought put into that gift. Gifting is an art form that means so much more in this era of mostly digital connection. Making sure your gifts live up to their greatest potential doesn't take as much time and effort (or money) as you might think, and Vinomofo Chief Entrepreneur, Justin Dry, has some tips to upgrade your gifting game.

For JD, good gifting shouldn't be done with an outcome in mind. "It should be done for the love of people doing things that deserve appreciation," he says.

"One of my good mates, Leigh, really nails it. Say he goes to a restaurant and loves it, he makes a point of meeting and thanking the owner or the manager. The next day, he'll drop off a bottle of wine or a gift with a personal note.

"Next time Leigh returns to that restaurant, the owner's going to welcome him with open arms, and they've built a layer to their relationship that most people who enjoyed a meal just won't bother with. Not through any kind of agenda, but through a genuine expression of gratitude."

A little touch like this that makes a massive difference. It might seem overkill to some people. But if you take the time to make someone feel special – because that's how they've made you feel – it often leads to a virtuous cycle of gratitude, and to real connection with people who have already proven they make you feel good. Chances are, it goes both ways.

"These days more than ever, it just makes sense to me," says JD. "For example, I was interviewed by Sarah Holloway once for her Seize the Yay podcast. She's a beautiful human – really smart, positive, and I like being around her.

"So my wife Asher and I organised a bottle of Bellebonne with a beautiful little note, and Ash dropped it off at her workplace. Now we're going out for lunch... it's just a way to make good people feel as special as they should.

"I'm not doing it to get ahead in business, it's because I genuinely want to give something to these people to say thanks."

Way back in '92, Gary Chapman wrote a book called The Five Love Languages: How to Express Heartfelt Commitment to Your Mate. There have been revisions, obviously, and this one was focussed on love lives, but the topic's been adopted to workplace and other contexts. He listed the following as the five basic languages of love:

There are tests you can take online to tell you yours, but often it's easier just to take the time and figure it out for yourself – especially if it's someone you'd like to give back to.

But thoughtfulness is the key. Next time you have a good experience – a great dinner, a helpful shop assistant, something nice someone's done for you – take the time, and think about what you can give back to this person.

"If someone brings me a coffee in the morning at work, that's so nice," says Justin, "because acts of service is my love language. That kind of gesture is not easily forgotten."

[Note all ye who work at Vinomofo...]

"It's the small things that people have put thought into... that builds personal connection: giving without expectation."

But Justin reckons it's important to note that the vast majority of people aren't going to respond in the way that gives you an immediate sense of gratification.

"It's gotta be giving for giving's sake, otherwise you'll be disappointed," he says. "Do it for the right reasons.

"And it doesn't have to be a gift. It can be appreciation or a shoutout, whatever that looks like. Some of the best relationships I've built are because I've just been supportive, without expectation.

"I've got a really good mate, Trouty, and we've become even closer over the last five years. I just love him, so when I heard that he was launching Empathy with GaryVee, I gave him a shoutout, just because I was so happy for him. Big, beautiful, smiley Trouty. There was certainly no expectation of anything in return."

It's the genuine nature of that kind of thoughtfulness that leads to solid, lasting relationships. Blossoming from Trouty and JD's relationship, Vinomofo has become Empathy Wine's exclusive Australian importer. You can now grab your very own Empathy wine here at the 'fo. 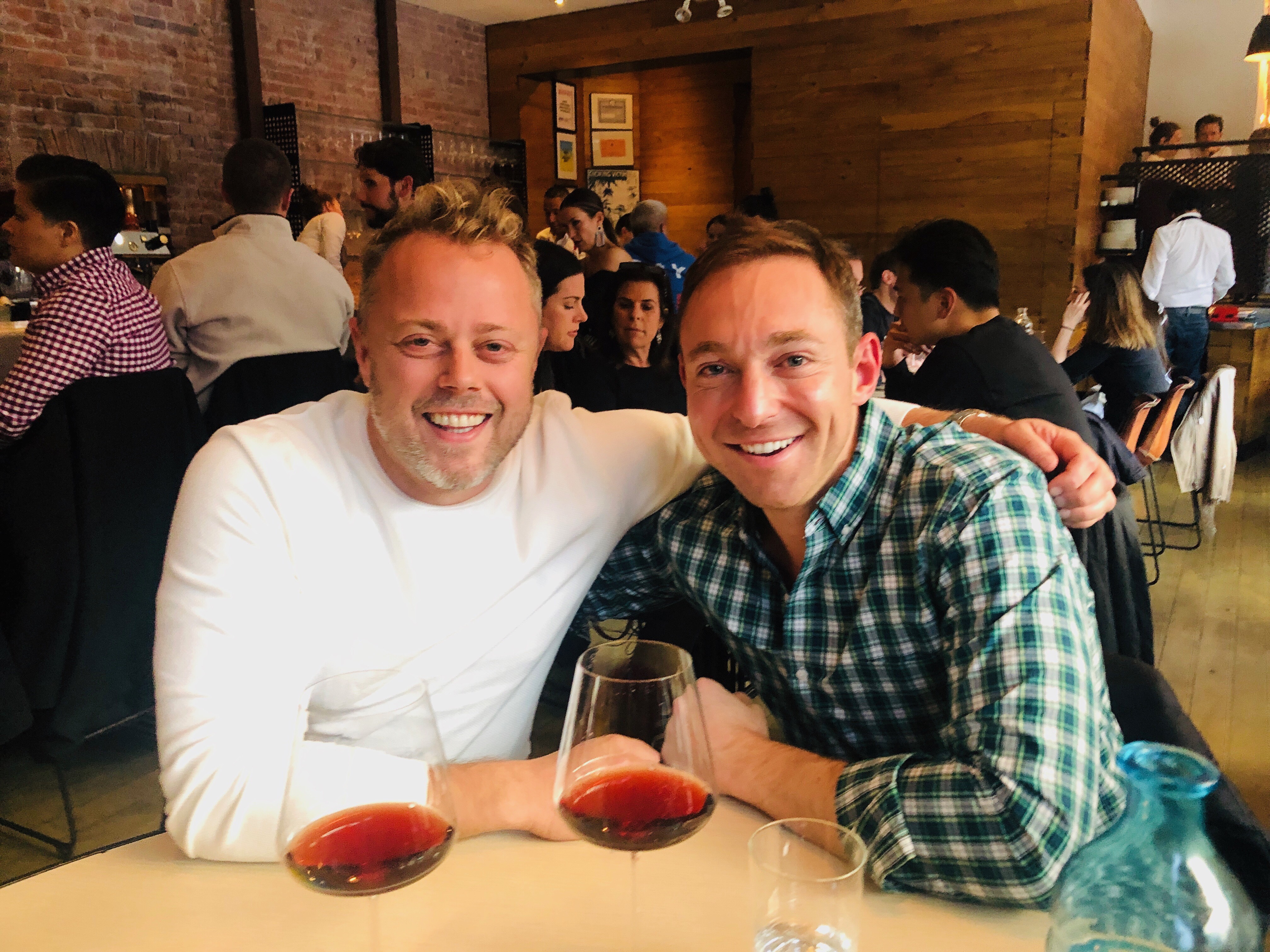 JD and Jon 'Trouty' Troutman enjoying a vino (or two)

Here's what JD reckons are the vital ingredients to wield the power of gifting:

"The last point's important," says Justin. "Never bank on returns; do it selflessly, either because you just want to say thanks to someone on a human level, whether it's for something they did or just for being them. As long as it's done for the right reason, without expectation, the outcome might really surprise you."

"Gifting is nice, but the real power of the gift is in its selflessness. Giving with an agenda is always transparent.

"Give with abandon, and the world will love you back."