By Vinomofo
over 1 year ago
5 min read

No matter if you go in for Christmas, Hanukkah, Kwanzaa or Festivus – or just welcome the excuse to eat and drink your bodyweight over the course of few days – December is a month worth celebrating. It’s the end of the year, the first blissful stretch of summer, when offices slow down and social calendars ramp up. And what’s not to enjoy about that?

Here at the ’fo, we’re nearly as obsessed with food as we are with wine – and love nothing more than combining the two. In honour of this silliest of seasons, these are the dishes that will be on our table this month and what we’ll be pouring with them. 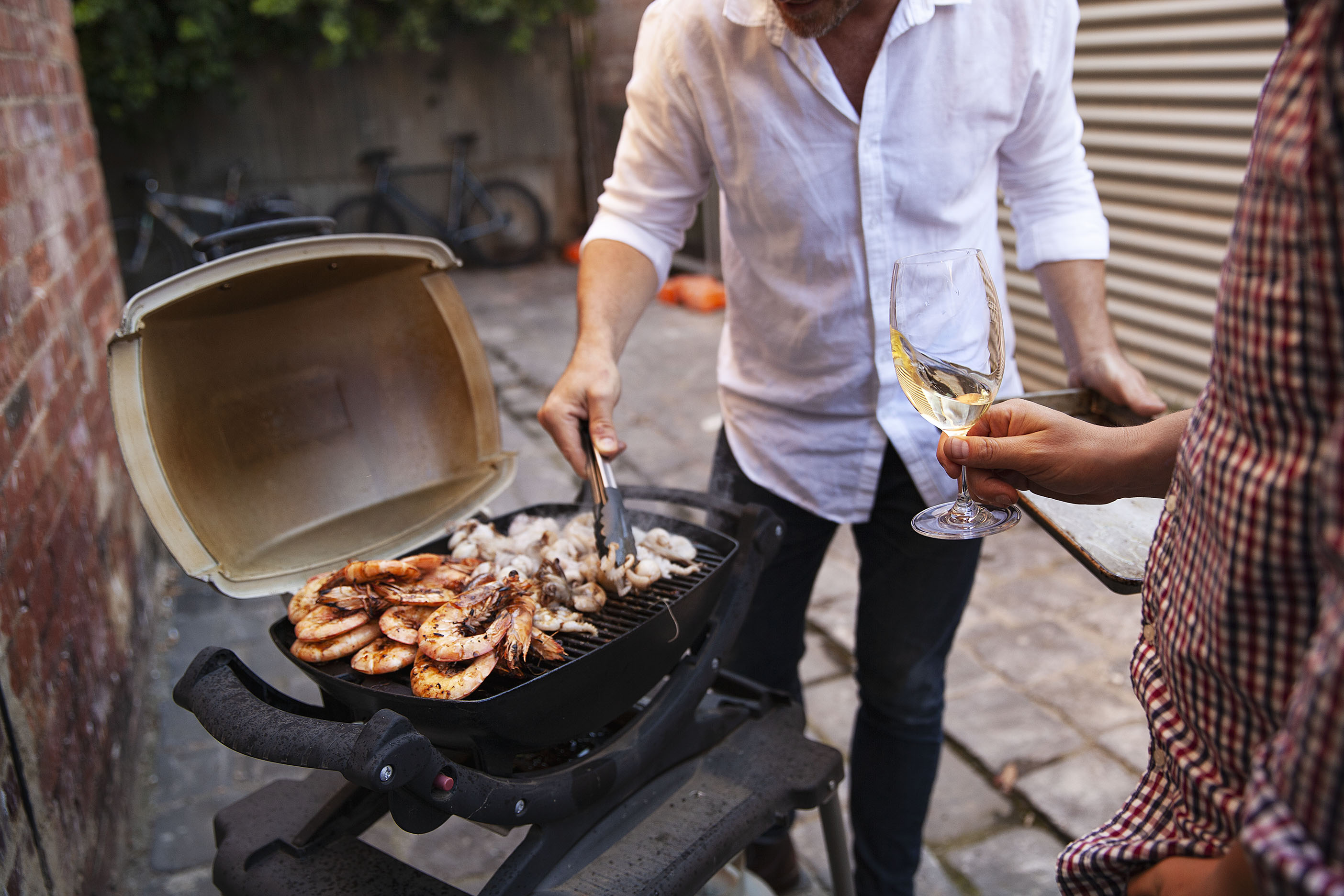 Does anything say Christmas in Australia quite like a giant bowl of chilled prawns? Such is the obsession that Australians mow through nearly half of our annual consumption of the shellfish over the holiday – around six million kilograms all up (that’s a whole lot of prawn). Kick off your celebration with this time-honoured culinary tradition, and pair it with the original party starter – sparkling wine. The natural sweetness of the prawn goes perfectly with the subtle sweetness of a light Australian sparkling wine. Try king prawns from the Spencer Gulf just off South Australia with a sparkling wine from Tasmania, which is quickly establishing its rep as the heartland of Australian bubbly. 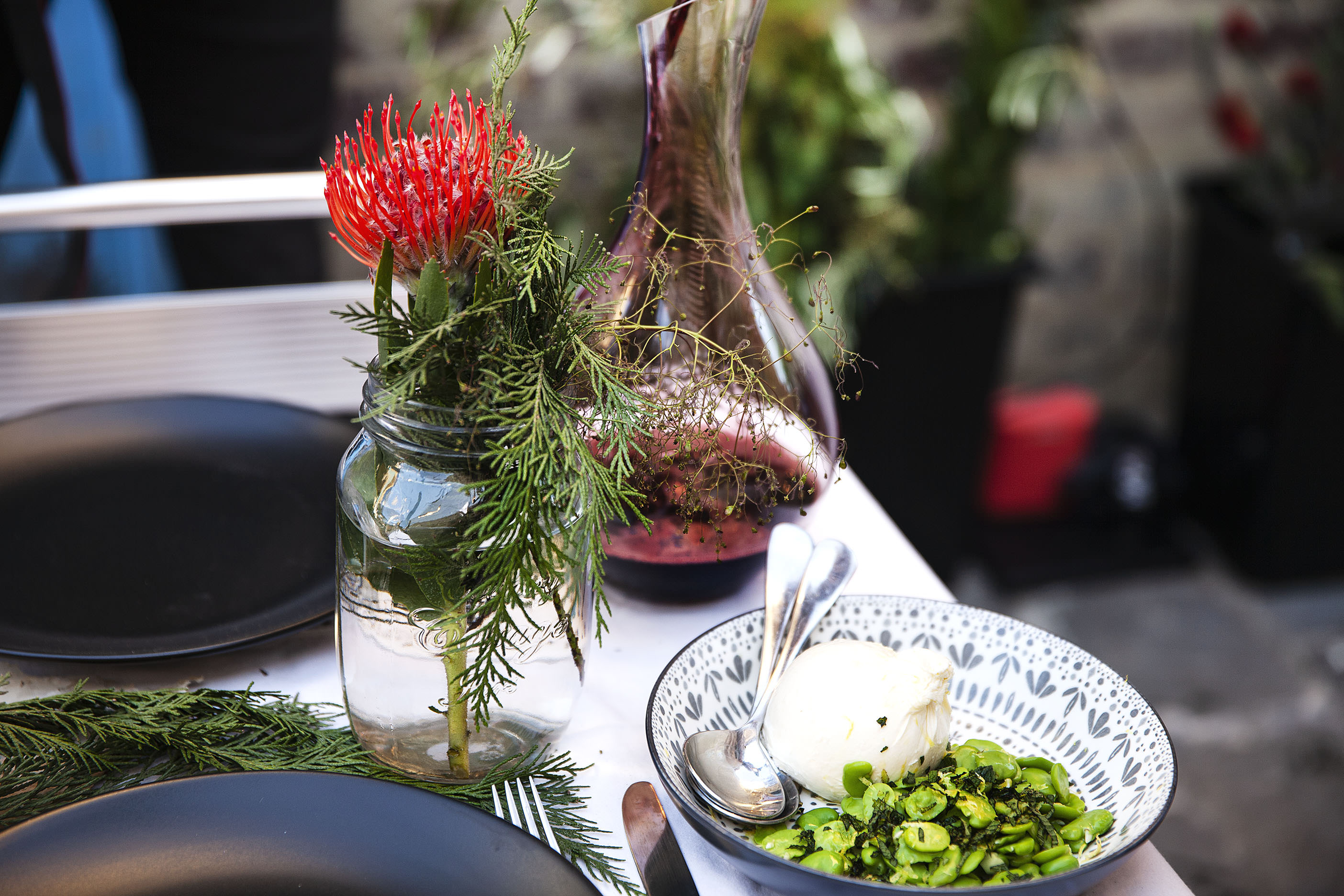 Even if chopping is about the extent of your kitchen skills, it’s easy to whip up an impressive summer salad with a punnet of heirloom tomatoes. At their best over the hottest months, vine-ripened tomatoes chopped into chunks with torn herbs, a drizzle of olive oil and a simple dressing is a rustic, “look-what-I-just-threw-together” kind of dish for your festive table. Fresh tomatoes are known as something of a wine-pairing challenge, but varietals that complement the sweet and acidic flavours of the fruit are up to it. Enter rosé – one of the all-time great food pairing wines. Go for a dry rosé from a cool-climate wine region like the Adelaide Hills or get even more festive with a sparkling rosé from the Yarra Valley.

Christmas is the one time when the ham stand and ham bag justify their existence. Go old school with a pineapple glazed ham or get creative with a bourbon, kecap manis or even a coca-cola glaze (it’s a thing). Whatever you are working with, the essentials remain – there should be a bit of sweetness, a bit of spice, a little acidity and a hit of saltiness. One wine with the body to stand up to all of these flavours is a chilled sparkling red – try an Australian sparkling shiraz (from the Barossa Valley, of course). The bubbles temper the natural heft of the shiraz (making it a good summer red wine) and mellow out the fattiness of the ham. Just make sure you keep a bottle and some cold ham left over – as many of you know, Christmas ham is actually best on Boxing Day, snuck out of the fridge and devoured in front of the test match. 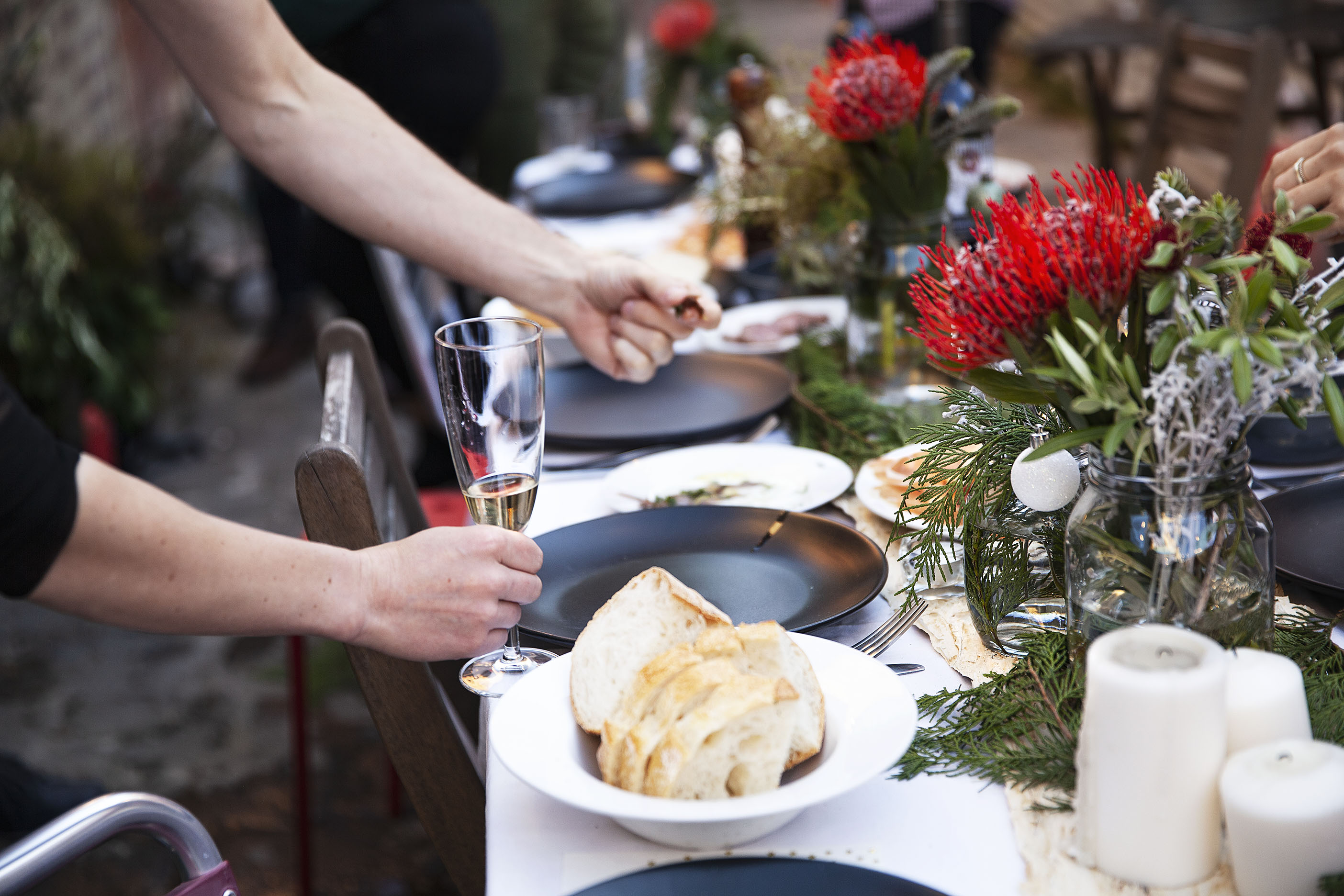 Is it even possible to put on a decent spread without a side of potato? (That would be a no, in case you were wondering). But when it’s too hot to crank up the oven and roast some tatties, a good old potato salad won’t let you down. Opt for the classic whole-egg mayonnaise and bacon combo, mix it up with some cold, flaked trout or go clean with an herby potato salad dressed with wine vinegar, mustard and lemon juice. A lightly oaked chardonnay, just like many of our favourite chardonnays from Australia, lightens up the creaminess of a mayo-laced salad and has the body to buddy up with the starchiness of the potatoes. 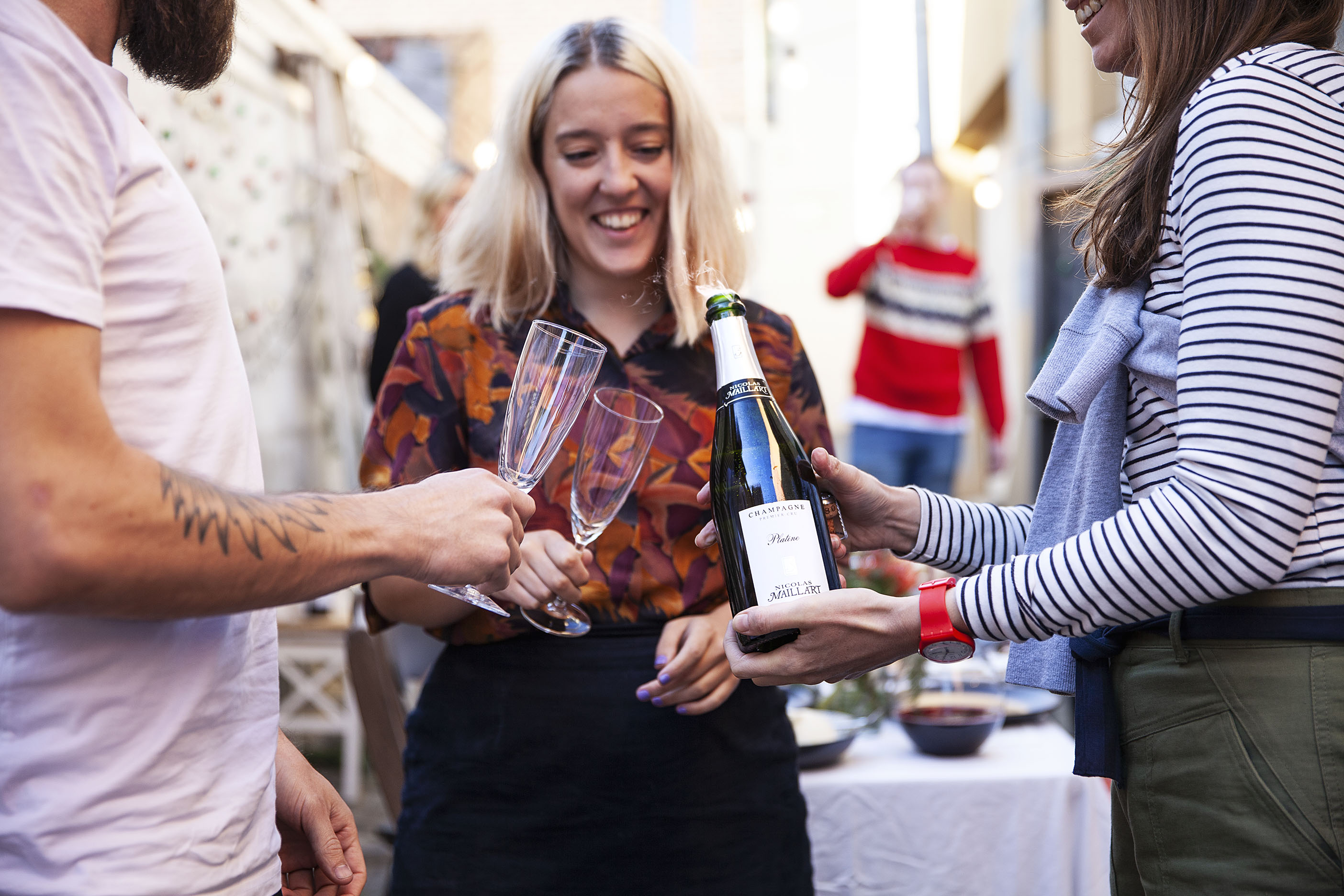 Take a big fish, a flaming BBQ and a hunk of lemon, and you’ve got one of the simplest and most satisfying festive dishes possible. A whole fish served up straight from the grill to the table is made for communal feasting, but big-bodied wines will overpower the delicate flavours of a mild white fish. Instead, elect for a bright, crisp and equally crowd-pleasing wine like a pinot grigio. The bright citrus notes of the varietal work with the fish in a similar way as that slice of lemon, and pinot grigio even goes nicely with lashings of tartare sauce. 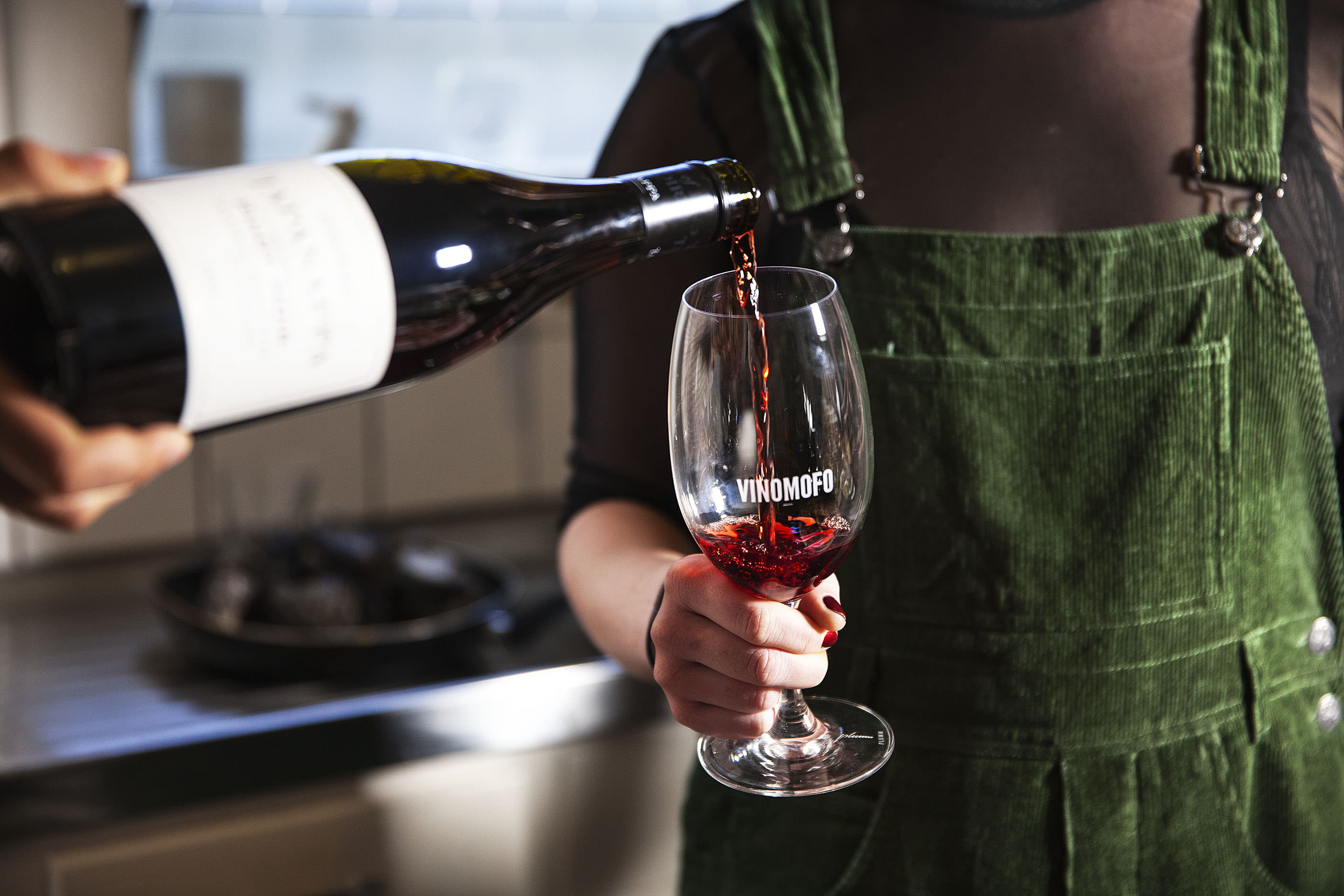 As flexitarian eating charges from the fringes to the mainstream, a meat-free Christmas isn’t nearly as hard to pull off as it once was. With everyone from your local Woolies to high-end Sydney vegetarian butcher Suzy Spoons spruiking plant-based loafs, there’s no need to miss out on the tradition of carving up a roast at Christmas. Although ingredients vary; nuts, mushrooms and other earthy flavours pop up in a lot of meat-free roasts, and that means calling in another food matching all-rounder; pinot noir. Walnuts, for example, flatter the earthy characteristics of pinot noir, while the versatile red wine and mushies have always been besties. 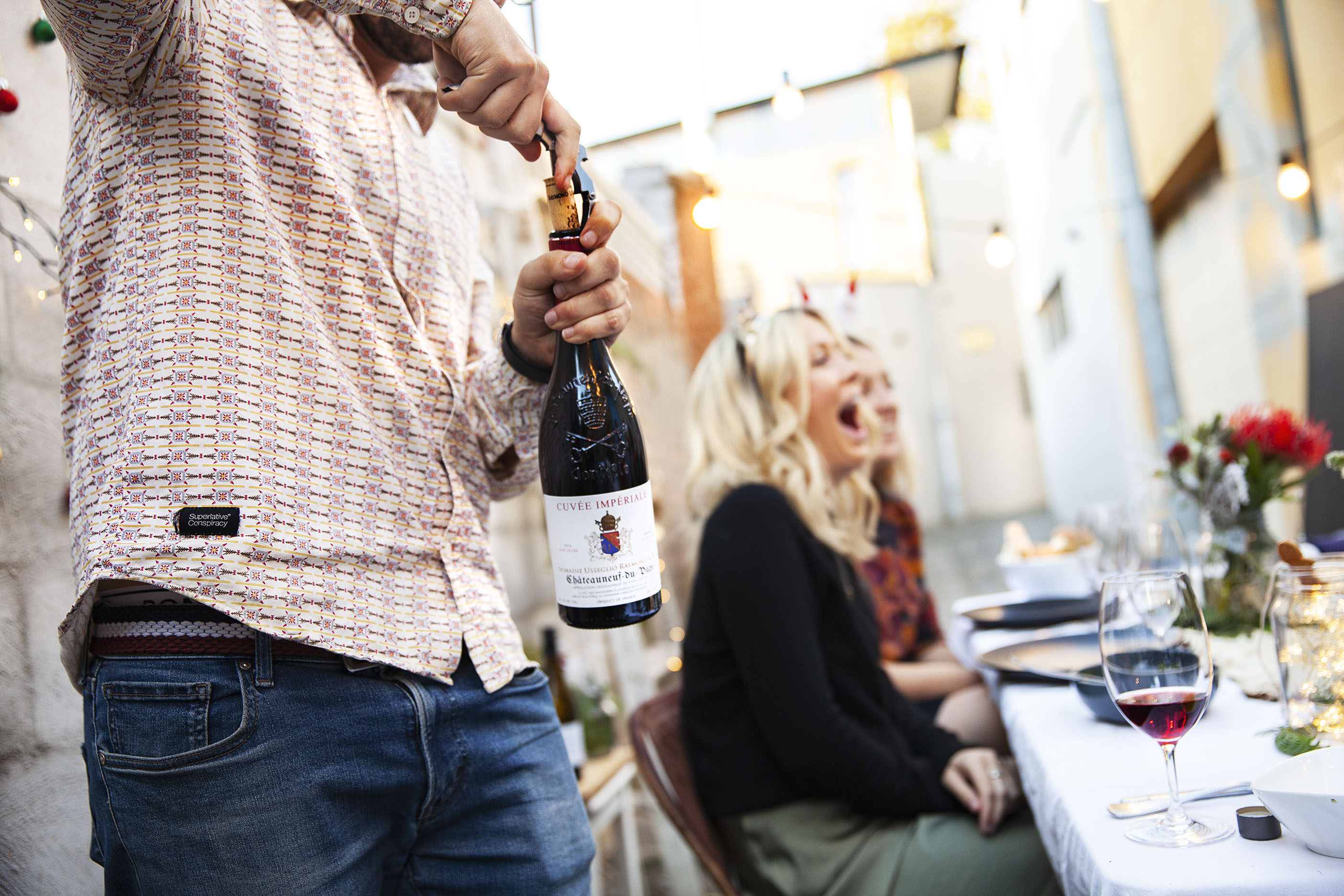 Leaving aside that whole trans-Tasman rivalry (because c’mon New Zealand, deep down you know it’s ours), pavlova is as synonymous with Australian festive celebrations as an afternoon post-lunch nap, a game of beach cricket and arguing about politics with your uncle. Make it the traditional way with egg-white meringue or pull a vegan switch-up with aquafaba and top the whole thing off with the freshest fruit you can get your hands on – plump raspberries, slivers of mango or passionfruit plucked straight from a backyard vine. Pair it with a sweet but light-bodied muscat (you can’t go wrong with a fortified wine from Rutherglen) and you’ll well and truly have earned that food coma.

Celebrate this festive season with the best wines online.